This Tour Itinerary can be customized according to your travel needs & requirement.

Detail Itinerary : Departure from your own Country 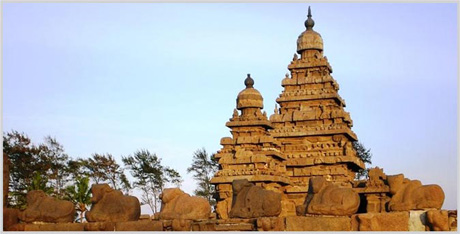 Detail Itinerary : Full day tour of Mahabalipuram & Kanchipuram. Check-out at 1200 hrs. Kanchipuram (64 kms from Chennai (Madras)) is the ancient capital of the Pallavas famous as a city of 1000 Temples and still has 124 shrines.The first temple dedicated to Shiva was built in the 7th and 8th century & has paintings on the walls. Temples of Ekambaswara, Kailasanatha, Sri Kamakshi and Varadarajaswamy are of interest. Kanchipuram is also famous for its silks.The city of Mahabalipuram is famous for the seven pagodas. Here on the seashore is an interesting group of ancientrock hewn temples which are the examples of Dravidian style of Architecture.Evening transfer to rail-station for Trichy night train. Night on board.

Detail Itinerary : Morning arrive Trichy and transfer to hotel. Afternoon city tour. Trichy was the citadel of the Chola dynasty in the medieval period. In the 18th century it witnessed the Carnatic wars fought between the French and the English. Lord Robert Clive's house is still there to see and so is the Danish Church. The Rock-Fort is the landmark of Trichy. A climb of 434 steps leads to the ancient temple of Ganapati on top and a further climb to a Shiva temple. Overnight Trichy.

Detail Itinerary : Drive to Madurai visiting Tanjore enroute. At Tanjore, the beautiful Chola Temple of Brihadeeshwara is capped by a monolithic cupola made of a single granite block weighing 80 tons which was taken to the top with the help of a 6 km long ramp, an old technique used by the Egyptians for building pyramids. Its bronzes and handicrafts make Tanjore one of the highlights of a visit to South India. Overnight Madurai. 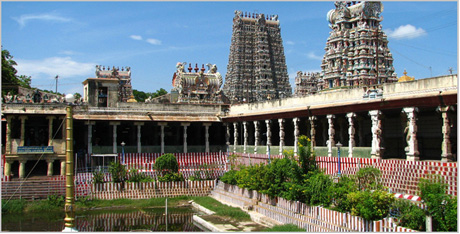 Detail Itinerary : Morning visit the great Meenakshi Temple dedicated to the consort of Lord Shiva with its towering gopurams (rising high above the surrounding country side). Later, visit the Tirumala Nayak Palace - A gracious building in the Indo saracenic style, famous for the Stucco work on its domes & arches. Also visit the Alagar Hills and Tirupara Kundran Rock temple. Afternoon free. Overnight Madurai. 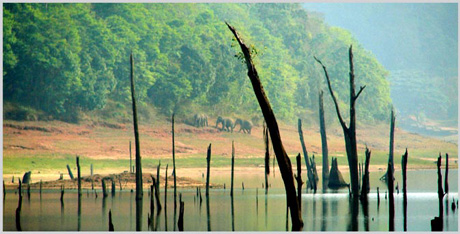 Detail Itinerary : Morning drive to Periyar. The earliest sanctuary to be set up in 1934, it extends to 777 square kms & forms part of the high mountain ranges, the Western Ghats. Wild life can be seen while cruising on Periyar Lake in a motor boat. Amongst the animals which can be seen are elephants, wild boar, sambar, tiger, leopard, wild dog, langur monkeys, etc. Overnight Periyar.

Detail Itinerary : Morning drive to Cochin.
Kochi (colonial name Cochin) is a vibrant city situated on the south-west coast of the Indian peninsula in the breathtakingly scenic and prosperous state of Kerala, hailed as 'God's Own Country'. Its strategic importance over the centuries is underlined by the sobriquet Queen of the Arabian Sea. Informally, Cochin is also referred to as the Gateway to Kerala. Overnight Cochin. 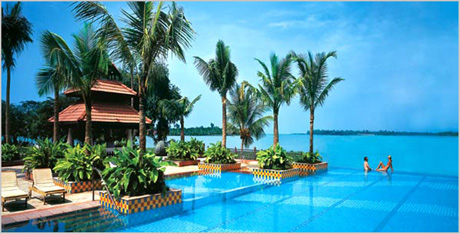 Detail Itinerary : Morning tour of Cochin. Cochin is the natural harbour created by the famed underwater Malabar mud-banks whose quality ensures that the rougher the seas are outside the calmer the waters are within the Harbour. Vasco-de-Gama placed it on the world map. It has a Jewish synagogue, Portuguese churches, mosques & Hindu temples. Watch the Chinese Fishing Nets. Afternoon free. Overnight Cochin 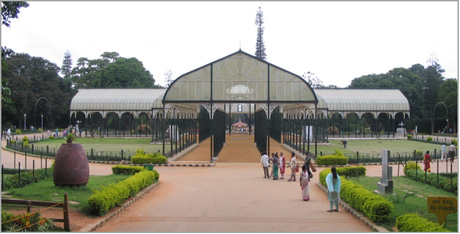 Detail Itinerary : Morning transfer to airport for Bangalore flight. Arrive & drive directly to Mysore. Mysore is the second biggest City in the State of Karnataka. It lies 130 kms from the State Headquarters, Bangalore. It is the erstwhile capital of the Mysore Maharajas, who ruled Mysore State from this royal city. Mysore has still an old world charm which have not given way to modern amenities. In addition to its beautiful silk sarees and sandalwood oil, Mysore is famous for sandalwood and rose wood carved articles... Overnight Mysore.

Detail Itinerary : Morning tour of Mysore. Visit the palace of the Maharaja built in 1911-12. The palace is of harmonious syntheses of the hindu and saracenic styles of architecture with archways, domes, turrets, colonnades and sculptures which are magnificent. Visit the Art Gallery; drive upto Chamundi hill to see Chamundeshwari Temple & a panoramic view of Mysore. On the way back, see the Nandi Bull. Afternoon free. Overnight Mysore. 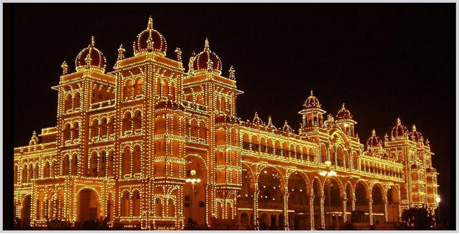 Detail Itinerary : Full day tour of Belur and Halebid. The Chenna Kesava temple of Belur built 900 years ago is an exquisite example of Hoysala art. Halebid's 12th century Hoysaleswara and Kedareswara temples are master pieces of Hindu art. On the way also visit Sravanbelgola. At Sravanbelgola, hewn out of a single rock and visible from a distance of 25 kms is the statue of Lord Gomteshwara which is bathed with milk and honey once every 12 years.

Detail Itinerary : Morning drive to Hospet. Visit Hampi. The once beautiful capital city of Vijayanagar Empire - greater than Rome, had palaces, temples & sculptures, spread all over. The city was razed to the ground by the Sultanates of South in 1565. Some of the interesting ruins remaining are the Virupaksha, Vittala and Hazara Rama temples huge Ganesha and Narasimha img, the elephant stables, the Queen's Bath, carvings on the Ramachandra temple & Lotus Mahal . 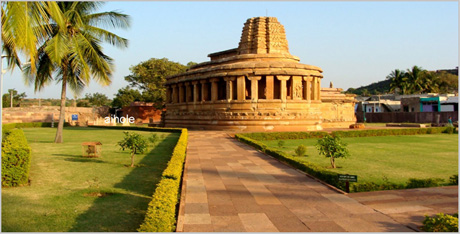 Detail Itinerary : Morning drive to Badami stopping at Aihole & Pattadakal on the way. Aihole is the cradle of stone temple architecture of the southern Dravida School. The oldest temple, Lad Khan goes back to the 5th century A.D. There are 70 temples in this group.
The Durga temple is noted for its sculptures. The Meguti temple is built of 630 small stone blocks. The Ravanaphadi Cave has some beautiful carvings. Pattadakal, referred to as Petrigal, reached its pinnacle of glory under the Chalukya kings from 7th to 9th centuries. The oldest in this group is the Sanghameswara Temple. The Mallikarjuna Temple has pillars depicting life of Krishna. Virupaksha temple has sculptures and panel scenes from the epics, the Ramayana & Mahabharata. The Papanatha Temple has impressive carvings on pillars and ceiling.

Detail Itinerary : Morning tour of Badami. Badami also known as Vatapi is rich with Hindu and Jain temples carved out of sand stone hills. The carved temples date back to the 6th century. Of these, three are Hindu and one Jain. Sculptured out of solid rock they are adorned with carvings. The Fort, on top of a hill encloses large granaries, treasury & a watch tower. The Malegitti Shivalaya temple set on the summit of a hill is built of stones without mortar. 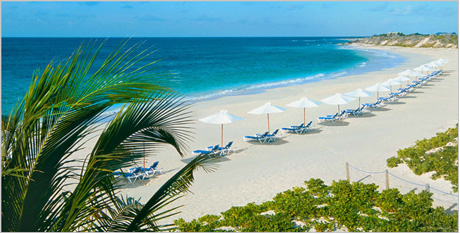 Detail Itinerary : Morning drive to Goa. Goa hotels are not included in the cost has a seasonal rates which vary. Goa is renowned for its beaches, places of worship and world heritage architecture, Goa is visited by hundreds of thousands of international and domestic tourists each year. It also has rich flora and fauna, owing to its location on the Western Ghats range, which is classified as a biodiversity hotspot. Please choose the type/budget of hotels you need and we will quote accordingly.

Detail Itinerary : In Goa. Please inform us the number of days you wish to stay in Goa.

Detail Itinerary : Transfer to airport for Bombay flight. Arrive at the domestic airport. Transfer to the city centre. Later in the evening transfer to international airport.

BOOK YOUR TOUR For the best...